What made you decide to go for the iOS format?

Xcom's a natural fit for the kind of game-anywhere style that works for iOS. The game's turn-based approach to combat works very well so you have time to consider the possible outcomes of each possible action. The tactical missions are discrete entities, and paces well with the strategy layer back at headquarters. I'm really happy 2K made the decision to bring the game to iOS.

Touch seems to be ideal for this kind of game, have you changed some of the basics of the game to better suit the control method?

No, the basics of the game are absolutely the same. Just the interface has been changed slightly, taking the PC interface as the starting point. All of the actions, all of the planning, all of the painfully-losing-your-best-soldier is still there, though!

Will there be some kind of multiplayer in this version. Eg. asyncronous, local or online?

The focus has been on making sure the single-player game is ready this summer. We'll be looking at making improvements or adding content later on.

You probably need to cut corners, since the original game was 10+ GB, how have you managed to pack this into a relatively small iOS game? What did you do to make this happen?

The amazing thing is that all of the gameplay is there, and we just had to trim a few maps in order to get it to work on mobile. Part of this is the strength of the Unreal engine, and part of it is the genius of the engineers who did the port.

What has been you best/worst experience when trying to convert this to touch?

There are some technical challenges which had to be considered in getting the game to run on the hardware, and the interface needed to be redesigned. It's very cool to see that this is essentially the same game from PC and console running on this new platform.

Do you plan on releasing updates or DLC for this project in the form of new levels etc?

I touched on this a bit earlier - we do want to make sure that the basic XCOM game is solid when we release. I know that there are plans to support it after launch, although you'll have to talk to 2K about how that support will be conducted.

What about the pricing, and why did you go for whatever you did?

Xcom: Enemy Unknown will definitely be a premium priced app, reflecting how much gameplay you'll be getting. This is essentially the same game that came out on PC and consoles last year, and it's very cool to be the first, or one of the first games of this generation to move into iOS. I think our fans can tell you that XCOM is one of those games that keeps you playing turn after turn and game after game, so it's definitely a good value for your money. 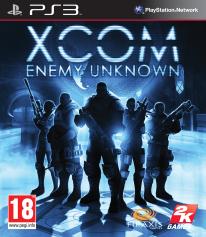