Unknown Worlds' Subnautica has just launched on PC after just over three years in early access, and while there are a lot of players who have taken to the waters while it's been in this state, there are a lot of newbies diving into it for the first time with this full launch. Since there's hardly any tutorial to speak of in the game, it can be a bit daunting at first stepping into the alien world, which is why we've compiled a list of seven top tips to help you survive and make the most of your time.

Before you start the game, you need to be aware of what the different difficulties are and what they mean, because each one will dramatically impact your experience. 'Survival', first of all, means you have to manage thirst, hunger, health, and O2, so from the very start you'll need to keep all of these in mind as you forage not only for materials but for sustenance as well. This means a lot of back and forth distracting you from your main objective. 'Freedom', however, is probably more equivalent to a medium difficulty, as this eliminates hunger and thirst, meaning all you need to do is go and find materials and construct things with less distractions.

'Hardcore', however, is like 'Survival' but with permadeath enabled, meaning that if you make one mistake and drown, that's your time done; it isn't for the faint-hearted. On the other end of the scale though there's 'Creative' which eliminates everything but the building, including the story. Here you can just build freely at whatever depth you want without having to worry about anything, so this is really for the people who don't want anything but the crafting.

Know what to craft first

You start out in Subnautica with pretty much no resources to your name other than a bit of drinkable water, some flares, a health pack, and some food. Of course depending on your difficulty setting not all of this will be relevant, but you'll still need resources, and so head to the fabricator (a sort of workbench) to take a look at everything you can build and what you need for each.

We'd recommend building bigger and better O2 tanks, as you'll find yourself unable to go into the depths of the oceans or in caves without having to swiftly come back out if you don't. This will make the overall exploration process much easier for you in the long run, and it's a good starting point for everything else. Then we'd recommend building fins, which will make you swim that bit quicker.

Food and water are probably your next port of call if you're in 'Hardcore' or 'Survival', so take a look at the fabricator to see what you need (and remember, there are supplies already in the ship at the start). The knife is up next, as this will allow you to defend yourself and collect samples (like those from the creepvine) as you explore further out.

Last up are two essential tools - the scanner and the repair tool - which you should definitely build next. The former will help you obtain biological information from the wildlife as well as schematics from the ship's wreckage, while the former will let you repair your escape pod, including the radio. Once the radio is fixed, you're in business, as you'll be getting calls from your crewmates and others that give you more locations to visit and explore, and maybe even progress the story.

When you begin your journey there are plenty of blueprints and schematics open to you on the fabricator, but that's not nearly all there is to build in the game, and it's vital that you find more to not only make your life easier but to also allow you to venture into new biomes that were previously unreachable.

You get these by exploring the wreckage of your ship when you crash, as there are plenty of chunks of metal laying on the seabed. Once you find these, there's a chance you'll see remnants of technology you may need, like a laser cutter or a seamoth, and with your scanner you can work towards unlocking these schematics for yourself. It's worth noting that these items often appear in little boxes which you can see below, so it's worth keeping an eye out for these specifically, as they often appear far away from other salvage.

We've all been there in games, when you think you can go just that bit farther or take on a little more of a dungeon without dying, but lo and behold, we die by indulging in our hubris. With resources as precious as they are in Subnautica, however, it isn't worth taking risks like diving into a deep cave with limited O2 or taking on a stalker with little health. You'll lose all your resources you've gathered on that trip or, if you're on 'Hardcore' mode, end the game for yourself prematurely. Always make sure you're prepared for each expedition, and take the time to get some air/health when you need it. It might just save your life.

Make the tough decisions on what to keep

Early on in the game you'll find yourself slipping into the mindset that everything you find you should pick up, especially since you'll be needing everything from batteries to silicon early on to craft your way to success, but this mindset can't last forever. Inventory space is limited, both in your escape pod and on your person, so it won't be long before both of these are full of junk and you'll need to dump some stuff. For starters, don't keep any of the common stuff like acid mushrooms, because you can find them everywhere, but you should keep the stuff that you know is a pain to find. You don't need bulk amounts of titanium, silicon, and metal salvage, for example. Doing this will help you store all the really useful stuff, and make sure you're not dumping your inventory as you go because you've picked up too many creepvine samples and now can't pick up a diamond.

Try to keep your bearings

The ocean is a hard place to navigate, because unlike many games on land you don't have a map, you can't see that far into the distance, and a lot of it looks the same. But there are ways to make your life easier. Before you have a compass, for example, you can use the placement of the escape pod next to the Aurora ship to guide you, so on one trip you could go towards the ship, and another away from the ship, making sure you're not covering the same ground. This becomes easier once you have the compass, as you can then make sure you're not swimming in circles.

There are also tools to help you when you're in the tighter places as well, as caves are particularly easy to get lost in (which could very well mean death). A torch is a must, but it's not guaranteed to keep you from getting disorientated, so we'd recommend using flares and LED lights to mark where you've been. What this also does is pinpoint where you've looted, so you're not stuck on where to go to get the most resources out of the entire cave. The Beacon is also useful in marking particular locations on the map, so if for some reason you need to head away for a second, you can easily find the spot again.

Create your home away from home with the habitat builder

The escape pod isn't exactly a luxury apartment for you to be staying in, as it's a little cramped and doesn't have that ambience you really want when you get home from a long day of diving, so it's important that you craft the habitat builder at some point. This allows you to make a temporary shelter by placing foundations, corridors, windows, and more, which you can then expand upon as time goes on, meaning you can avoid the tedious journey back to the escape pod every time you want to dry off.

What's more is that the schematics you unlock can also provide cool new features for your new home, including solar panels, floodlights, and a battery charger, and you can even get decorative items if you really want that homely feel, including chairs and a doll of the popular YouTuber Markiplier (for some reason). These aren't just an added bonus then, but provide useful bases in the ocean, so it's worth utilising them to full effect.

Those were our seven useful tips to make the most of your first few hours in Subnautica, so hopefully instead of floundering and getting flustered you'll be ready to take the training armbands off and dive right into the challenge. If we missed anything out though, please let us know in the comments below! 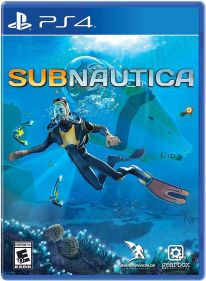