Tell us a bit about your role in the development of Star Trek online.

Sure! I'm the Executive Producer for Star Trek Online. That means I handle the big picture stuff for the game, as well as the day-to-day management of the game's development. I spend a lot of time talking with the team's designers and developers to make sure everything goes as smoothly as possible, and I get to talk to the press a lot, which is fun, too!

We looked at some of their original design and art, but in the end we opted to go our own direction. STO is very much a Cryptic game.

What was the reason for splitting the combat system in two, one for ship combat and one for ground combat?

Pretty much every great Star Trek episode has featured a mix of space and ground scenes. We wanted to recreate the same feeling you get when you're watching the show in the game. So it followed that we needed to create rule systems for the two different experiences. The avenues of gameplay are so different - I mean, in space you're piloting an entire spaceship, whereas on the ground you're maneuvring yourself and giving orders to your team - that the skills we created would have to be different for the different settings.

Can we expect a more fulfilling PvE experience when playing as a member of the Klingon Empire (it's mostly PvP at the moment)?

Definitely. Our users have asked for a deeper experience on the Klingon side of things, and we're working to fulfil that. We're opening up more Fleet Actions to Klingon players, as well as adding some Star Clusters for them to explore. And all the Special Task Force missions we've created are available to Klingon players as well.

Do you have any plans for expanding the game with more classes/races?

Definitely races. In our upcoming update, Season One: Common Ground, we'll be making the Tellarite, Pakled and Rigelian races available to Federation players in the C-store. We plan on adding all sorts of races in the future, as well. Class-wise, we're pretty happy with the Science/Engineer/Tactical combination right now, but as time goes on, I'm sure we'll revisit that, at least internally, to see if there's anything we can add to make things even more fun.

We're taking at look at the Memory Alpha system. A number of players have expressed their opinion about it, and we're looking into ways to shape the experience to something more players will enjoy. We're not a point where we're ready to talk about any prospective changes, though. Sorry!

What was your approach when creating the different story-based mission inspired by the Star Trek series?

We looked really hard at what made a Star Trek episode good, then looked for common themes in all the good episodes. What we noticed was many featured a lot of transition between space and ground scenes, didn't spend a lot of time in any one place for very long, and employed a five-act structure with a moderately clear resolution at the end. From there, it was like writing for a TV series, only our players are the stars.

One of the common criticisms of the game is that ground-based part, where you walk around and shoot things with your Away Team, is deeply inferior to the parts of the game that take place in space. Do you have any comments on that?

I think both aspects have room for improvement. We're very happy with space combat, but still have a checklist of things we'd like to implement to make it even more awesome. Ground combat could use some tweaking, as well. We've been listening to our community and are working on ways to implement some of their suggestions, as well as ideas of our own, to continually improve the game.

I think we hit much more than we missed, especially in the amount of time we spent developing the game. I don't really look at any one particular portion of the game and say, "Oh my God! What happened?!" We had a very specific set of goals, and I think we achieved them all. I'm really proud of the team for that.

What would the perfect expansion for the game contain?

Good question. Later down the line, I'd like to see it include a new faction for players, some really great Special Task Forces, more exploration content and a whole bunch of great Episodes for players to enjoy.

What are your future plans for Star Trek Online?

More, better, faster! We just want to continue making a game that keeps our subscribers happy, and hopefully brings in even more people over time as word spreads. 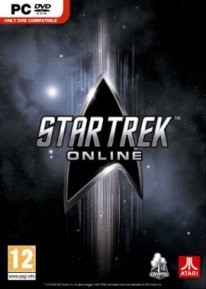