Tony Hawk is a not only a name synonymous with skateboarding, but also with skateboarding games, and for years titles bearing his name ruled the roost of the genre, with the likes of Underground and Pro Skater putting gamers on the board and letting them shred rails to get high scores. That all changed in 2007 with the release of Skate from EA Black Box though, a game which capitalised on the decline of Tony Hawk's popularity and moved away from arcade chaos to a more realistic style of play.

The most innovative change here was that you didn't just hold one button to skate forward, but you used a more authentic combination of buttons as part of the inventive control scheme. You used one to push, while flicking the right stick down and then up to olly, but the genius came in the fact that you did tricks and positioned your board depending on how you used this stick. Flicking down and then up at an angle would produce a kickflip, for example, while ollying and turning the stick to the side would position your board sideways for a sweet noseslide.

As much as the control scheme was key in putting Skate on the map, there were other crucial changes to what we'd seen before as well, including positioning the camera much lower, almost at the feet of your skater, much like skating fans have seen in amateur and professional videos for years. Everything was a lot heavier in terms of handling too, as there was no more grinding from rails to rooftops at breakneck speed. It was all about momentum and realistic physics, and that made hitting the extreme jumps and greatest lines all the sweeter.

The open-world of Skate also provided a paradise for gamers and skaters alike, the latter of which could probably relate to what they were seeing, since it was packed full of locations that they'd actually skate in the real world, like benches, half-pipes, and rails. Out were the days of Tony Hawk's Underground's explosive helicopter drops and dodging flames, and in was the more down-to-earth skating locations that let you live out your skating fantasies.

Part of this fantasy was the career, which required you to make demo tapes and send in pictures for magazines to go from underground hopeful to superstar. This required you to make the sickest lines and perform the most daring stunts, but of course, with a tougher control scheme, this was easier said than done. That's why it's nice to have the help of some A-listers like Danny Way, PJ Ladd, and even Rob Dyrdek when you're on your way to the top.

Skate wasn't perfect though, especially since you couldn't get off your board. Lucky for us though we got two stellar sequels in the form of Skate 2 and 3, which refined the concept even further and introduced plenty of fun and fresh ideas. Hall of Meat is one of the standout features of the series, requiring you to cause yourself as much pain as possible with Sniper Elite-esque X-ray vision enabled, and the whole trilogy brought multiplayer to the fore with tons of game modes to try as well.

There's a reason that the entire Internet is clamoring for Skate 4, and that's because Skate left a footprint on the industry that still hasn't been forgotten, even eight years after Skate 3 came out. Session is clearly looking to be a spiritual successor to the series, and looking back we can only salute EA Black Box for not only mixing things up but for creating a fresh and innovative approach to the genre that still holds up to this day.

After Tony Hawk's hegemony was over, a new champion put four wheels on the ground. 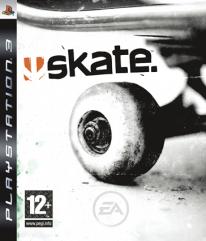