Konami updating the game with winter transfers and EURO 2016 teams.

Portuguese star can be recruited in the iOS and Android version of PES.

Konami's nostalgia-filled celebratory video for the anniversary of PES.

Free-to-play edition is now available for PS3 and PS4.

PES 2016's updated rosters are on the way 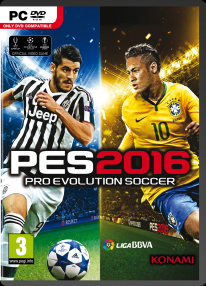