Pro Evolution Soccer 2016 returns to the pitch in September, but fans of the series will be able to test their skills with the game later this month. Konami is rolling out a demo of their latest football game come August 13. The news came via Konami's European Blog, where they also revealed the cover art for the new game. It places Juventus striker Álvaro Morata going head to head with Barcelona's Neymar Jr. 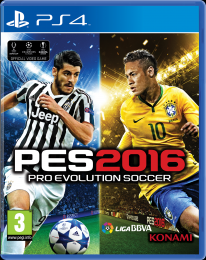