Music has always been such an important part of the Guardians of the Galaxy movies and it seems that will also be the case with the upcoming video game adaption. The game's soundtrack (whilst likely incomplete) has now been released on streaming services, and it includes many bangers from the 1980s such as Billy Idol's 'White Wedding', Europe's 'The Final Countdown,' and Rainbow's 'Since You've Been Gone.'

In total 30 tracks have been confirmed, but we know that this likely won't be the complete soundtrack. When we previewed Guardians of the Galaxy ahead of release, the developers confirmed that they had created an entire album's worth of material for a fictional band known as Star-Lord, but only two tracks from the group are present here. It's also possible that more licensed tracks could be appearing in the game, as this hasn't been confirmed as a definitive list. It won't be long to find out though, as the game is out on October 26.

What are your thoughts on the tracks confirmed so far?

It takes up about 150 GB of your storage.

Get ready to rock out to the likes of 'White Wedding' and 'The Final Countdown.'

Marvel's Guardians of the Galaxy has gone gold

The Eidos-Montréal developed title is on track for its October 26 release.

A day one patch will also be coming and will infliate its size.

The singleplayer action-adventure game is coming this October. 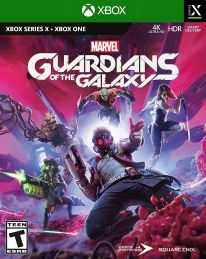