The Square Enix Presents - Spring 2021 show is in full swing, and as part of the broadcasted event, it was revealed that the previously leaked Tomb Raider: Definitive Survivor Trilogy will actually launch today, and available to pick up right now on PS4 and Xbox One.

Take a look at the collection below, as well as the launch trailer.

The collection leaked a few weeks ago, but has now has an official release date thanks to the Square Enix Presents show.

The listing has since been taken down. 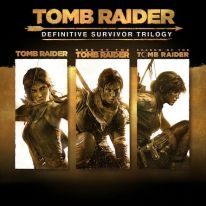