Dissidia Final Fantasy NT was released back in 2018, and although we and other media liked what the game had to offer, players seemingly did not. Simply put, it's a fighting game with all the biggest names of the Final Fantasy series, and it also had a fairly unique gameplay twist.

It was developed by Team Ninja who supported the game with plenty of extra DLC cosmetics and characters. Later on, there was also a free-to-play version, but that wasn't enough to sustain it in the longterm, and very soon the last update for the game will be released. This was revealed on a livestream (translated by RPG Site) and affects all formats: Arcade, PC, and PlayStation 4.

It will still be possible to play the game online for some time, but producer Ichiro Hazama says this will "eventually end" as well, but added that the community will be informed about all this "when the time is near". Square Enix also makes it clear that there are no plans whatsoever for a sequel, and the director Takeo Kujiraoka adds that "We don't want to make false anticipations".

Are you sad to see the beginning of the end for Dissidia Final Fantasy NT?

The developer is winding down support for the Final Fantasy-themed fighting game from 2018. 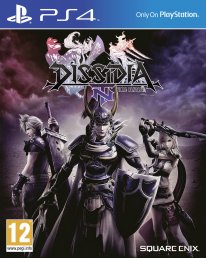