Activision yesterday confirmed that retailers had splashed out an incredible $1 billion on Call of Duty: Ghosts, but went short of predicting actual sales figures. During a financial call yesterday it was admitted that this figure was down year-on-year, and the blame was laid on the doorstep of the "console transition".

During an investor's call on Wednesday, Activison's CFO Dennis Durkin said: "As we have said for more than a year now, console transition years are volatile and hard to predict and this year's proving no different."

"Today we announced that we have shipped into retail more than $1 billion of Call of Duty: Ghosts globally on day-one, based on an average wholesale price. As expected, due to the console transition and digital distribution, this number is down versus last year," he concluded.

Durkin then went on to predict: "This year, the sell-through curve will be different than in past years, due to the multiple launches of new hardware later in the month, and more days between our launch, and the high volume Black Friday at the end of the month." 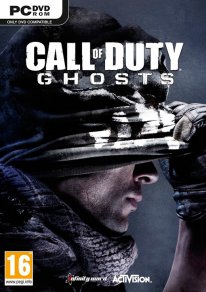