Disney Infinity 3.0 - Everything You Need to Know

Learn the difference between the various versions of the game, which figures are available for what, and much, much more.

A galaxy far, far away joins the Toy Box.

Vote for the next Disney Infinity character

Mabel Pines leads over Darkwing Duck. Let's change that shall we?

We had a chat with Disney Infinity 3.0 producer Mathew Solie about Star Wars, Ninja Theory and Inside Out. 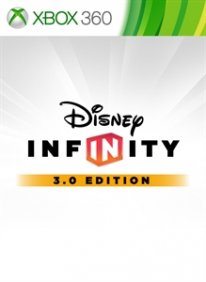