If this is youe very first day ever on the internet, you may have missed that a certain movie just had it's world premiere. If you do happen to surf the web you are most likely aware of Star Wars: The Force Awakens and have seen its poster.

This time there is no official game of the movie, but a Playset adventure called The Force Awakens (review coming early next week) for Disney Infinity 3.0: Play Without Limits. Now Disney has released the official poster for this adventure, and you can compare it below with the movie version.

Below is also the trailer for The Force Awakens Playset, and a description of what expects you courtesy of the pressrelease.

"In Star Wars: The Force Awakens, players will travel to a galaxy far, far away alongside new heroes and old friends in search for a much-needed ally. Playable characters include Finn, a soldier on a path to adventure and danger, and Rey, a true survivor who is resourceful and capable. Both will join Poe Dameron, the trusted pilot of the Resistance who uses his expert flying skills to travel the galaxy, and Kylo Ren, an enforcer for the First Order who terrorizes the galaxy with devious acts." 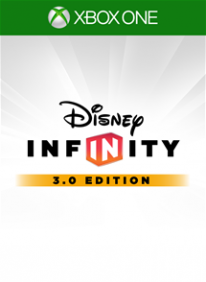