Soul Calibur VI might have been released almost exactly a year ago, but fans still have a lot to look forward to, as Season 2 was revealed back in summer, adding four new characters, including Haohmaru from Samurai Shodown.

This is good news in itself, but a new trailer from Bandai Namco revealed that a free update is also landing to coincide with the release of Season 2, and this will add new moves for all characters in the game.

The video itself, which you can see below, shows some of these new moves off, which should spice things up a bit for existing players. We don't have any more details on this update for now though, nor do we have a release date, so we'll just have to patiently wait.

Earlier this year Soul Calibur VI also received Cassandra in an update too, so there's been a healthy supply of new content since launch.

Are you pleased to see new moves coming in? 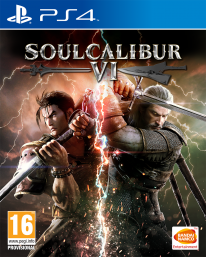