When Yakuza 3 launches on Playstation 3 in Europe on March 12 there will also be a premium edition available. Sega have now announced the contents, that include four DLC packs and a soundtrack:

• 4 pieces of DLC
1. Battle for Survival - Take on all the bosses of Yakuza 3 as Kazuma
2. All-Star Tournament (7 character tournament)
3. All-Star Tag Tournament (8 team tournament)
4. Haruka's Request - This unique series of challenge missions will send you on a task of exploration throughout the entire Yakuza world, playing mini-games and entertaining Haruka.
• 31 track soundtrack
• Yakuza Who's Who - learn how all the characters are connected and who turned from rivals to allies in this fully animated guide

Those who pre-order the game will receive the Challenge Pack that allows them to play mini games such as pool and darts with a friend. Oh well, sounds like a pre-order of the premium edition may be in the cards for those who love their Yakuza...

The screens below are from the premium edition DLC. 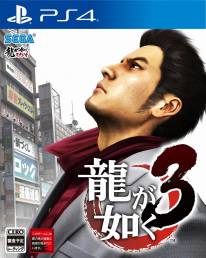