Need for Speed developer Criterion is coughing up a one-off customised Playstation 3, emblazoned with its Hot Pursuit logo on its official website.
To walk away with the PS3, which comes in a metallic case, you have to beat one of its highly recommended players in the game within the next two weeks.

You've got to tweet a screenshot of you beating NFSDrew - who Criterion seem to be hyping up as much as Top Gear's The Stig - before 5pm December 10 to be in with a chance to win. Full details are located here.

The contest follows Criterion's One Million Challenge, with the developer offering to release a free car pack online, which includes the Bentley Continental Supersports Convertible, the Lamborghini Murciélago LP 650-4 Roadster , and the Dodge Viper SRT10 Convertible Final Edition, if the youtube NFS launch trailer can hit one million views before December 12. Its currently on nearly 400,000 so it has some way to go.

REVIEW. Written by Rasmus Lund-Hansen (Gamereactor Denmark) on the 9th of November 2010 at 13

The Burnout veterans from Criterion get behind the wheel of EA's classic franchise and the result is a wonderful mix of burning rubber and wailing sirens...

Only if you beat Criterion's best.

Did it live up to Rasmus' expectations?

Social online features and everything! 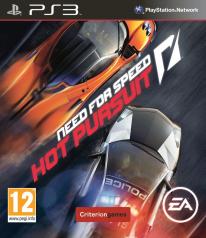