The screens below are from the first game.

Buy the second game, get the first 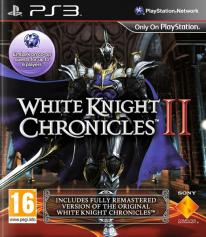