A new Guitar Hero: Warriors of Rock trailer from Activision shows off not only the Wii version of the game, but the interesting Wii to DS connectivity features included by developer Vicarious Visions. Worth a look if you prefer all your rocking out to happen on Nintendo hardware. Warriors of Rock arrives later this month.

REVIEW. Written by Jonas Elfving (Gamereactor Sweden) on the 24th of September 2010 at 11

The day the music stopped.

Get a free Guitar Hero track

This weekend only, so get in quick

Half off selected products

Guitar Hero comes to save rock 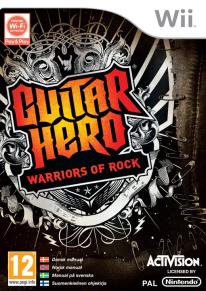