During Tokyo Games Show, fighting fans were offered a short teaser as what's next for Virtua Fighter, and it seems the focus this time around is on esports. We should note though that besides a short teaser, no official new title was announced.

The teaser entitled "Virtua Fighter x Esports," didn't show gameplay of a forthcoming title but rather worked to pump up the excitement for the competitive scene. It showed cheering crowds, and previous competition winners holding up their trophies with sheer pride.

The Virtua Fighter series has not been seen an entry since 2006 with Virtua Fighter V. We're hoping that a new entry will help retain what made the series so special in the 90s, whilst simultaneously helping to hold it up to the standard of modern day fighters. The gaming landscape has certainly changed since 2006, so we will have to see just how the series manages to adapt itself to please both older fans and a whole new generation.

It appears SEGA is hoping to create a competitive buzz around its next VF title.

Is there a new entry to the series to be announced? 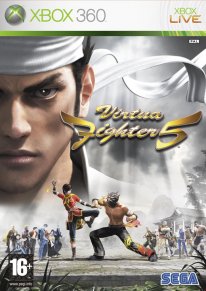