As a Gamelab 2020 media partner, we have been lucky enough to talk to some prominent game developers, and that includes Charlie Cleveland from Unknown Worlds Entertainment, the makers of Subnautica and its sequel Below Zero.

During our interview, we discussed all aspects of the sci-fi survival adventure, which has proven to be a big success for its creators. Not only did Cleveland tell us more about Below Zero and how it came to be, but he also told Gamereactor that the studio has plans to return to the scene of its first major success, with a "nice" patch that will add "longevity" and "cool game options" to the original Subnautica.

"I don't know if we've actually announced this or not but I think it's fine to announce. We actually are releasing... so we're working on Below Zero, but we do want to update the [original] game. We've got some ideas about updating it to give it a lot of longevity.

"We haven't totally committed to it yet but I'm pretty darn sure that as soon as we've finished Below Zero, we're going to spend a couple of months and add some cool game options and update the game.

"We've actually been working on performance for Subnautica still, because that effects Below Zero a lot, so we've made a ton of improvements to streaming and the pop-in and some of those niggling technical issues. So I'm pretty sure we're going to do another patch on Subnautica. I don't think we're going to update it forever, but I think we want to do one nice patch."

When asked about potential new platforms, Cleveland couldn't say specifics and wouldn't be drawn on our talk of "hybrid" consoles, but Cleveland did say that "we're going to try and get it on as many platforms as we can." Make of that what you will... 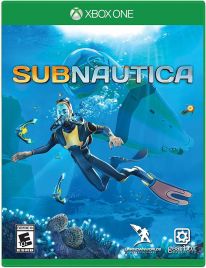