Last week, Naughty Dog's Uncharted 2: Among Thieves won 10 awards at the Academy of Interactive Arts and Sciences Awards in Las Vegas - including the awards for Best Game, Outstanding Achievement in Game Direction and Outstanding Achievement in Visual Engineering. To top that off, Sony America's VP of Product Development Scott Rohde has written on the official Playstation Blog that the game has sold in more than 3.5 million copies worldwide. That makes it, according to Rohde, the fastest selling first-party game for the Playstation. 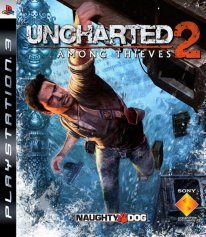