Despite coming out eight years ago, Two Worlds II is still getting more content to this day, and now TopWare Interactive and Reality Pump Studios have revealed a new multiplayer expansion for the game called Echoes of the Dark Past 2, which has in fact already been released and is available as we speak.

This update features an original score with 17 tracks and lets you fight through new maps with demonic foes alongside your friends, but what's perhaps more surprising is that you see the non-linear story from two different points of view.

Depending on your alliances in the game you'll unlock new maps and events, and we'll even see old enemies return as partnerships start changing. The stakes are high too, as those who emerge victorious in the narrative will get "talismans of unimaginable power", so it's all or nothing here.

Season pass holders will automatically get the DLC, but for everyone else you can get into the multiplayer fun for £4.49. If you need a bit more information before you buy though, check out the Steam page, and the brand new screenshots below.

Have you been a Two Worlds II fan from the start? 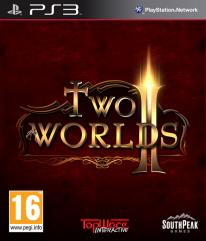