A tease in Spellforce 3: Fallen God led fans to believe that TimeSplitters 2 might be receiving a remake. The item in the game called "TimeSplitters 2 Remake" features a description saying; "It's finally coming!"

However, since the discovery of the easter egg, a representative from THQ Nordic spoke to Eurogamer stating that it is simply "just an innocent easter egg," as the individual who sells the item "is a character known especially for not telling the truth."

The vendor also sells several silly items such as boxes for "cancelled" Gothic and Biomutant games, even though these titles are still very much still in development.
Anyone looking for more news on the TimeSplitters front will unfortunately have to wait a little longer. Whilst Embracer Group (THQ Nordic's parent company) does own the rights, any development of the series is being handled far away, separate from the THQ Nordic name.

Don't get your hopes up, this one doesn't seem to be happening anytime soon. 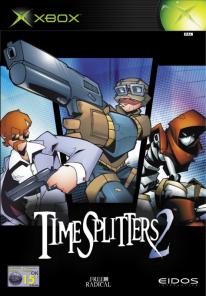