The first expansion of The Sims 3 was announced this week and the 3.7 million is probably just the tip of the iceberg in terms of life time sales. The Sims franchise has sold in excess of 100 million copies worldwide.

The Sims heading to 3DS

We beg of you, no nude patch

Fast Lane Stuff in The Sims 3

Racing and rockabilly for everyone

Create patterns for The Sims 3

The Sims 3 on consoles

Valentine's Day in The Sims 3

You can't see it, but I'm blushing 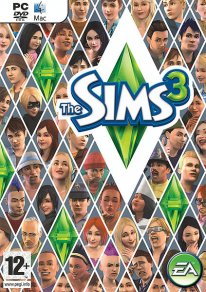