Beenox studio head Dee Brown tells us more about the video game that accompanies the movie reboot of the Spider-Man universe. The game is set after the events in the upcoming film.

"We were able to introduce a lot more Marvel villains. Behind those doors [behind closed doors at E3] we actually showing, among other things, Rhino, so you get to see what the Rhino fight is all about. What is cool is that Rhino, since it's a rebooted universe, is not the Rhino you're used to seeing - not a guy in a suit, he's actually a rhino that has been mixed with human DNA - that has created this super huge creature that you get to fight. And every single Marvel character we have in the game have had that same treatment, are rebooted. And we've worked with Marvel to recreate their origin story."

Beenox on the reboot. 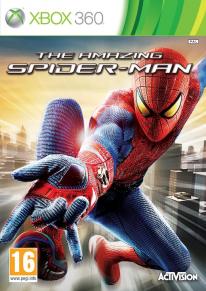