Namco Bandai have confirmed that the Wii U edition of Tekken Tag Tournament 2 will be ready for the European launch of Wii U.

There is still some confusion about the exact number of titles that will be available on launch day - but we expect that to clear up over the coming weeks. 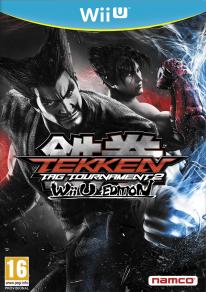