Capcom announced at Captivate that the PS Vita version of Street Fighter X Tekken will feature cross platform play with the Playstation 3 version of said game.

An interesting note is that the PS Vita version will feature 55 playable characters to boot including 12 new characters compared to the PS3 version - Blanka, Cody, Dudley, Elena, Guy and Sakura from the Street Fighter side, and Alisa Bosconovitch, Bryan Fury, Christie Monteiro, Jack, Lars Alexandersson and Lei Wulong from the Tekken side. Players who own both versions of the game will receive these characters as free DLC for their PS3 version.

Street Fighter X Tekken is due out on PS Vita this fall. Check out the PS Vita screens and the new gameplay trailer. 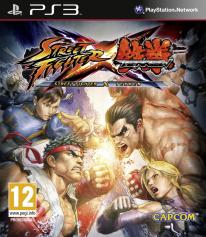