Christopher Lennertz has been announced as the composer that will be scoring Starhawk, a PlayStation 3 exclusive set for release on May 8.

Lennertz has plenty of experience in the industry, having already worked on games like Medal of Honor, Quantum of Solace and Gun. His film credits include Alvin and the Chipmunks, but we shouldn't hold that against him (for too long) as he also had a hand in the music for the Mass Effect series.

"When scoring a video game, you are creating the environment for the player through the music. You are hitting specific actions of the player. The music in a video game can be shown off a little unlike in a film because dialogue is not a huge contender," Lennertz stated. "The music has a very demanding role." 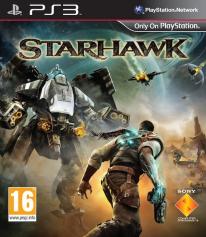