Nintendo really closed out its first Direct in 18 months with a bang, as it announced that Splatoon 3 would be hitting the Nintendo Switch in 2022. This was the real highlight of the Direct, as it was the only new game revealed within one of Nintendo's mainline franchises. The sequel, as expected, appears to include the same competitive ink spraying action as its predecessors, but new weapons and gadgets have been teased within its reveal.

Splatoon 3 marks a first for the franchise as it will be the first time in its history that two titles have been released on the same system. The original Splatoon was released on the WiiU back in 2015 and Splatoon 2 followed shortly after on the Switch in 2017. The third installment also marks the largest gap between releases with it releasing five years after its predecessor.

You can check out the brand new reveal trailer below:

Splatoon 3 inks its way onto the Nintendo Switch in 2022 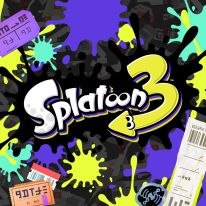