Skullgirls was released last April to fairly positive reviews (78 on Metacritic), but it turns out the team behind the game didn't get to enjoy their time in the sunshine for long. In June, they were all laid off from developer Reverge Labs - and now they've finally resurfaced as the newly formed Lab Zero Games that has launched an official website.

Turns out the team will continue to work on Skullgirls with publisher Autumn Games, but the announced first DLC character is indefinitely delayed for now. Lab Zero Games also state that "these unfortunate circumstances have delayed the resumption of work on the PC version" - no word on when the PC version might be ready at the moment.

"Forward-thinking and retro-minded, Lab Zero Games is an independent game development studio founded by the original team that brought you Skullgirls. Lab Zero intends to continue its critically-acclaimed work on Skullgirls as well as leverage its unique design and artistic sensibilities to develop new games."

Due out next week.

A bunch of screens from Gamescom. 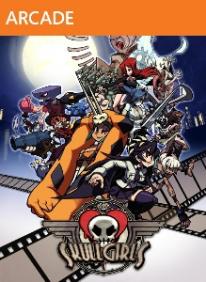