The development and subsequent release of Aliens: Colonial Marines has been somewhat of a nightmare for Sega, so much so that the company is likely wishing they'd never bothered in the first place.

The publisher is now hoping to draw a line under the lawsuit filed against them (which suggests that paying customers were misled by the marketing materials used to sell the game) by paying out a staggering $1.25 million payment.

That payment breaks up as so: $312.5k to cover legal fees, $200k admin fees, $2.5k to the plaintiff, and the rest to players who have an eligible claim (refunds, not compensation). Sega also stressed that this payment would not be an admission of guilt.

Earlier this month, Gearbox spoke out regarding the lawsuit, stating that they felt they should be removed from the legal wrangling, and that responsibility ultimately fell at the door of Sega.

As stated in a report on Polygon, if accepted the settlement will release Sega from the claims that have plagued them since the game was released, and Gearbox will have to continue fighting the lawsuit alone. 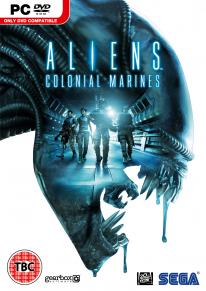