Gearbox Software has responded to a class-action lawsuit levelled against the studio and Sega that suggests that the companies misled consumers with the advertising campaign and gameplay demonstrations for Aliens: Colonial Marines, and his this week filed to be removed from the action.

In legal documentation obtained by Polygon, the studio outlined their defence thus:

"Gearbox never belonged in this lawsuit. Gearbox is a video game software developer. It was neither the publisher nor seller of the video game at issue. For more than a year, Gearbox has quietly abided the plaintiffs' claims so that Sega, the game's publisher and the party responsible for the game's marketing and sale, could assume the defense of this lawsuit. Gearbox has honored its publisher's request in spite of plaintiffs' highly-publicized-and highly-misplaced-claims against Gearbox. At this point, however, Gearbox is obligated to pursue its rightful departure from this case."

The lawsuit, which was filed by Roger Damion Perrine and John Locke, states that that the game's "advertising campaign bore little resemblance to the retail product that would eventually be sold to a large community of unwitting purchasers."

Responding to these claims, and to claims that Gearbox syphoned funds from this project to other games, the company's VP of marketing, Steve Gibson, said: "During the development process, Gearbox supplemented Sega's development budget with its own money to help Sega finish its game; Gearbox's contributions to A:CM totaled millions, none of which was ever repaid."

Gibson also refuted claims that the company had used a different engine to create the demonstrations that were publicly shown: "To develop the software, Gearbox utilized the Unreal 'game engine' licensed from Epic Games; this was the only game engine Gearbox used in the design and development of the game. Contrary to what some believe, the pre-release demonstrations were not made using different game engines."

"The game's sales were insufficient to trigger any sales-based payments to Gearbox and, as a result, Gearbox has not received any additional monies from Sega for the sale of the game. Gearbox only received the milestone payments made by Sega during the game's development," Gibson added during the disposition.

The current status of the filing is still up in the air, with one of the claimants - Roger Damion Perrine - said to be currently incarcerated on charges of assault. The plaintiffs have since filed a motion to have Perrine removed from proceedings. According to reports the case was nearly settled last month, but nobody could find Perrine and thus he was unable to sign off on the agreement made with Sega. We'll update you when we know more. 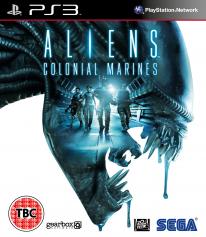