Rogue Warrior was first in development at Zombie Studios, but publisher Bethesda scrapped that project and moved the license to British developers Rebellion (Aliens vs. Predator). Mickey Rourke is doing the voice acting for the main character Richard "Demo Dick" Marcinko and we had a chat with senior producer Aeron Guy about the game.

Senior producer talks us through it

Rogue Warrior is back!

Rebellion is the new developer 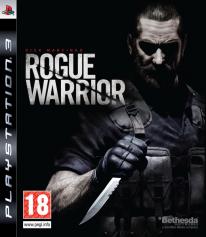