As is often the case with summer, there isn't a deluge of big releases coming out this week, but as we gear up for a very busy September we still have a few games to keep our eye on, whether you're fans of Blizzard's mammoth MMORPG World of Warcraft or just want some niche titles to sink your teeth into.

August 14 - Today is perhaps the biggest of days, as not only does Telltale's Walking Dead start its Final Season with the first episode, but World of Warcraft fans can also jump into the huge expansion Battle for Azeroth, seeing the Horde face the Alliance once again in the most epic of battles. Elsewhere though we also have the Xcom 2 Collection packaging together all the game's content on PS4 and Xbox One, and speaking of Xcom, players can jump into the Xcom-inspired spy game Phantom Doctrine today as well.

August 15 - State of Mind is a game that really makes you think, so if you like food for thought or engaging stories, then this is one to check out on August 15, but if you want something a little more light-hearted, perhaps Detective Gallo is for you, which is about a feathered private eye who's a little on the grumpy side (coming to Switch on August 17).

August 16 - Speaking of Switch, August 16 has a few noteworthy names for Switch fans, as Manual Samuel skates onto Nintendo's console on that day, requiring you to manually control all Samuel's movements after a near-death experience, and there's also Keep Talking and Nobody Explodes to look forward to as well, both of which should provide a few summer laughs.

Which games will you be getting? 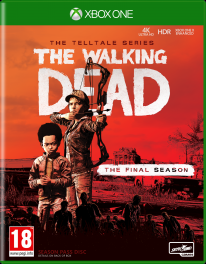