German outfit ProSiebenSat.1 Games, perhaps best known as the European publisher of Sony Online Entertainment titles on PC such as Planetside 2 and DC Universe Online have acquired Aeria Games Europe, effectively tripling their community from 27 to 77 million gamers and doubling the portfolio from 19 games to 39 games. The new entity will be called SevenGames and serve gamers in 35 countries (including the U.S., Canada, Brazil and Argentina).

Dr. Christian Wegner, Member of the Executive Board of ProSiebenSat.1: "The acquisition of Aeria Games Europe allows us full access to new markets and target groups, making us one of the top three publishers in Europe in one fell swoop, and takes us a big step forward in mobile gaming, the sector's largest growth driver. The transaction is fully in line with our strategy of strengthening our portfolio of digital assets by making bolt-on acquisitions."

The deal is pending approval from the European Community. 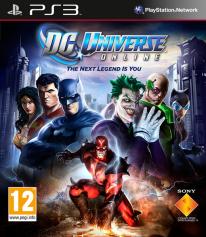