We had a chance to talk to long time Phantasy Star developer Satoshi Sakai, producer on Phantasy Star Zero, about the Nintendo DS title. Why was the choice made for the art style and what previous game in the series does it resemble? And perhaps most interestingly Sakai spoke of the possibility of returning the franchise to stationary consoles in time for the ten year anniversary of Phantasy Star Online next year.

Localised and ready for release

It is my honor to be one member here. I have read the essays, and truly appreciate them. They are well written.
I am a devoted gamer of AION, and want to find other gamers with same interest hither and thither in the hope that we could exchange and improve constantly. Furthermore, I have designed a website named "www.Gold173.com" with much ado for you to exchange your gold, equipment, etc. I sincerely hope that more friends with same interest would come here to exchange with each other, and, at the same time, give us great encouragement. My loving friends, it will be my greatest honor if you could visit my website.
Every little helps.
Give it a try!
Click the following if you wanna gain more exciting!!!!!!!
http://www.youtube.com/watch?v=7Q4sd8dgzb8
http://www.youtube.com/watch?v=fQ6-p7YBsRs
http://www.youtube.com/watch?v=gfd3f_1Diak 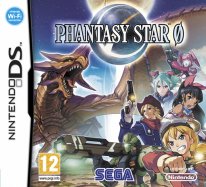