Satoru Iwata spent a minute or so in today's Nintendo Direct detailing some of the features of Super Luigi U - the DLC that's hitting New Super Mario Bros. U this summer.

The DLC will feature the same World Map as the original game, but each stage has been altered. The time limit is only 100 seconds, the courses are shorter, but with more challenges - something that has been designed with added replayability in mind according to Iwata. Playing as Luigi means more powerful jumps, and he will have a harder time stopping after a dash.

It's just like the good old days, but now your friends can join in the fun!

Shorter levels with more challenges, designed with replayability in mind.

Mario is still big in Japan

New screens for to enjoy! 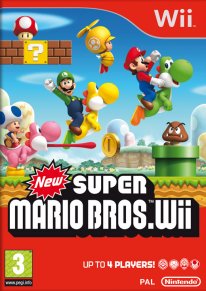