Unknown Worlds, the team who released Natural Selection 2 on PC last year, has announced the new title that they're developing, and it's called Subnautica.

In a statement released on their website, the studio detailed their ambition for the game, going as far as saying that they believe they're working on a game that falls outside any known genre and stands alone.

"Subnautica will combine elements of role playing, sandbox, exploration and cinematic games to create a unique experience, the genre of which we do not believe has yet been invented," it reads on the studio's website.

"We have assembled a small team, and are in the early stages of prototyping Subnautica gameplay," they continue. "The first in-game art assets are being created, soundscapes are being recorded, and animations are starting to slither, turn and swim. We have created a rich library of concept art, and set about designing and iterating on core elements of gameplay. Subnautica is not in ‘alpha,' it is an idea that is just starting to be mouled into its first playable incarnations. We are not ready to announce it and try to ‘build buzz' or ‘attract attention' - But we are ready, and excited, to share our work with you."

You can see some artwork that has been released by Unknown Worlds, and a trailer is on the way and will be added here as soon as it's ready. 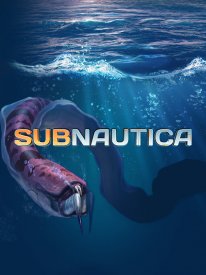