Last month we found out that Cyan Worlds will celebrate the fact that Myst turns 25 years old by releasing upgraded versions of the entire series, and now they have decided to do this via crowdfunding on Kickstarter, where they asked for $247,500 USD. This is no doubt a lot of money, but they actually only needed three days to reach more than double this amount, as right now the total stands at $577,640. On the Kickstarter page, they write:

"To celebrate the 25th Anniversary of the epic game that became your world, Cyan is offering a never-been-done-before, historical anthology of the complete series, along with some special, Atrus-approved, authentic game artifacts! The collection and artifacts will be packaged in a unique box - available only through this Kickstarter, with a limited run, for a limited time. (Seriously, the games will be available later, but the special packaging and artifacts will not be sold again!)"

There's still 42 days to go on the campaign, and if you want to revisit an upgraded Myth for Windows 10, chipping in might be a good idea. Do you like the Myst series?

Re-imagined Myst will land on Xbox One, Xbox Series, and PC next week

The Oculus Quest exclsuive is broadening its horizons.

Myst is a huge success on Kickstarter

It has doubled its asking amount.

What could they have planned?

Myst is coming to 3DS 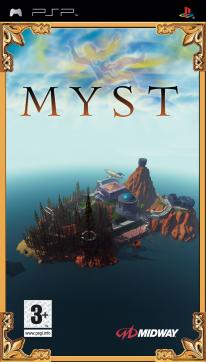