Monster Hunter Tri was released on August 1 in Japan and Capcom have now confirmed a Western release during the first quarter of next year. Arguably one of the biggest third party releases on Wii in Japan with one million copies of the game shipped on day one Capcom are hoping to finally recreate some of the Japanese success the Monster Hunter series has had over here.

REVIEW. Written by Sophie Warnie de Humelghem on the 23rd of April 2010 at 13

Into the blue and onto the fields

Set for release in Europe and North America 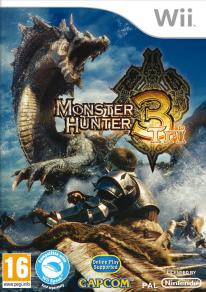