It's no secret that Sony have high hopes for their Mod Nation Racers, so it shouldn't come as a big surprise that the game is also slated for release on the PSP. The hand held version is being developed by Sonys' San Diego studio and is supposed to be released at some point this year.

Drawn to Death, Twisted Metal, and more are going down too.

The world's best icecream truck is back

The review will be published soon

We had a chat with United Front Games

Shot at the God of War III party! 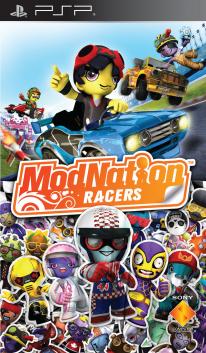