Paradox Interactive have released a demo of Hearts of Iron III, that releases in US stores and via digital download on Friday, with European retail releases later in the month.

"The playable demo gives players a taste of what they can expect from the complete game upon its release. Containing the Tutorial plus Single Player Campaign of 1939, the Hearts of Iron III demo allows you to play as either Germany, France, Poland or the United Kingdom for the first four months of World War II."

Get your demo from here!

Paradox and Their Finest Hour.

We discuss Their Finest Hour.

For the Motherland dev diary

Paradox sets out to conquer the world

HoI3: For the Motherland

We talk to the producer

Paradox on their classic series 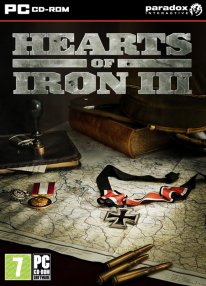 March of the Eagles