Last night Activision made an announced that would have been completely unthinkable three years ago, and still sounds rather harsh to our ears. They are putting a halt to the development of this year's Guitar Hero, and the Guitar Hero business unit at Activision Publishing has been disbanded. There will be no new music games from Activision in 2011 (no DJ Hero either in other words) and while it's by no means a decision that kills Guitar Hero off for all time it tells us that at least for now, Activision won't work on anything that has to do with the franchise.

Lay offs at Guitar Hero developer Vicarious Visions and DJ Hero studio Freestyle Games are rumoured as part of Activision's plans to lay off 500 people in order to improve profitability. And the main reason to abandon the Guitar Hero series is that Activision simply didn't feel it was possible to make the series profitable again in the light of the declining market for music games.

REVIEW. Written by Jonas Elfving (Gamereactor Sweden) on the 24th of September 2010 at 11

The day the music stopped.

Get a free Guitar Hero track

This weekend only, so get in quick

Half off selected products

Guitar Hero comes to save rock 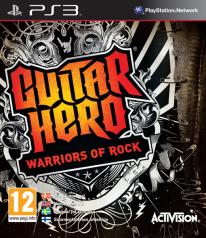