Blizzard's Robert Bridenbecker, Vice President of Technology Strategy and Planning, and Pete Stilwell, Senior Producer of Classic Games, recently spoke in an interview about the newly announced Starcraft: Remastered, and they revealed that, although the visuals are getting upgraded, this won't change how the game plays.

"Maintaining gameplay is our first priority. The game is still built around the original graphics and gameplay engine; everything is still 2D. Collision and associated aspects that affect gameplay are still foundationally the same. We've just amped it up a bit to handle 4K," they explained.

They also elaborated on their goals regarding the visuals: "Our core objectives with the art were twofold: First was to maintain the original unit silhouettes and animations. We got feedback from players that the shapes and movements heavily influenced recognition during gameplay. Second was filling in the details in an authentic way. We talked to the original artists as much as we could to discover, 'what did you imagine those handful of pixels actually were?'"

When asked about concerns regarding units looking different, they said: "The shipped version will maintain the silhouettes and animations. The detail work was sometimes a bit tricky. Large units have a lot of flat pixels in the original. Seeing huge swaths of monotone on a Battlecruiser or many of the buildings didn't strike us as true to what the concepts and original artists intended."

"We could have programmatically replaced the art if we were going for that type of effect. Instead, we tried to fill those spaces in with the style and details that matched each race."

Are visuals the main draw of a remaster? 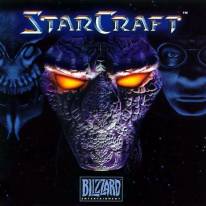