Planet Coaster creator Frontier Developments has confirmed that it is suing Atari over unpaid royalty fees for the studio's previous foray into the world of theme park management, Rollercoaster Tycoon 3.

According to a report first published on TMZ, the company reckons that it is owed $2.2 million USD more than it received after developing the game for Atari back in 2004. Frontier chief operating officer David Walsh confirmed the details to Eurogamer:

"We can confirm Frontier is currently pursuing a complaint against Atari. We have attempted to resolve this issue without legal action since April 2016. We have so far been denied our contractual right to audit by Atari, and we are unfortunately left with no other way to resolve our concerns. We are unable to offer any further comment while the matter is subject to due legal process."

Atari went bust back in 2013, but since then the label has been revitalised, and sales of Rollercoaster Tycoon 3 are looking healthier than first thought. Conflicting reports as to the success of the game indicates that there could be a big difference between the money paid and the money owed to the game's creators. An apparent reluctance on the behalf of Atari to share conclusive information has prompted Frontier to take legal action.

In the meantime, the Elite: Dangerous developer has since released Planet Coaster, and you can head in this direction to find out why we thoroughly enjoyed the studio's return to the theme park sim genre.

Frontier suing Atari to the tune of $2.2 million 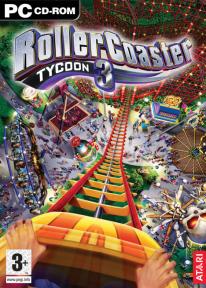