Before building a park you're prompted to create a character representing you in the world. With few choices available, there isn't much room for customisation, but you can sign up and receive a free hat if you're that way inclined. Creating a character may seem obsolete in a game like this, but it's used for the online mode, and we'll tell you more about that later.

After you've given birth to your online persona, it's time to start creating parks. Planet Coaster has three different game modes: Career, Sandbox, and Challenge. You are free to pick any of the three, save at any point, and resume whenever you like. This would make it something you could easily pick up for a quick go were it not for the fact that the initially planned half an hour game session easily turns in to a several hour-long binge of park building. In Career Mode you'll embark on a career in theme park management, getting scenarios to play through. In each one you step in as manager to save a park and help it thrive, and these vary per park; some may need help completing unfinished rollercoasters, whereas other parks are in desperate need of a janitor (or six). When successfully meeting all of your goals, you unlock new parks and challenges.

Each new scenario increases in difficulty, and with three different levels of challenge within each scenario, you get to determine how high you set the bar. Challenge mode calls upon your management skills, and with limited options and funds, you'll need to spend and invest wisely, earning your way to bigger parks. Challenge mode also lets you chose from three difficulty levels, with Easy granting you the most starting funds, while Hard leaves you on the verge of bankruptcy. Completing challenges, such as making profit from food stands or raising the happiness level of your guests, will give you a one-time money bonus. These challenges are optional to complete and claim, again allowing you to make each game as easy or difficult as you want. Oh, and if you do get stuck for money, you can always get a loan, but just remember you will have to pay it off.

The last option is the Sandbox mode. As the name suggests, this allows players to build and create to their heart's content. You won't be dealing with limited funds, challenges, or any else for that matter, and the only thing you need for the Sandbox mode is some imagination. Whereas in the other two game modes you have to gradually unlock rides, buildings and scenery, sandbox mode has everything readily available, with no restrictions.

If you're looking for a management sim, Planet Coaster will certainly cater to your needs, as the park management menu presents players with a plethora of choice. You can manage and keep track of everything that goes on in your park, ranging from ticket prices to keeping track of the happiness of your guests and, equally important, your staff. The menu may feel a bit overwhelming at first, and you may easily overlook things. For example, unbeknownst to us we were trying to make a profitable park only to discover that we weren't charging anything for admission. Luckily, though, navigating and understanding the menu is easy. Soon you'll get the hang of managing money, adjusting opening times, and researching (thus unlocking) new rides and facilities.

Of course, the real centrepiece of Planet Coaster is building your rollercoasters. It's clear that developer Frontier has previous experience in the RollerCoaster Tycoon franchise, as building is a smooth and above all straightforward experience. With just a few clicks even the most inexperienced park manager can create a ride, or even buildings and scenery. Again you may be overwhelmed with the amount of possibilities on offer. Planet Coaster gives players more freedom than ever, and you can adjust anything, from height to colour, and then have them facing whichever way you please. You can even pick up entire sections of your park, which makes redecorating a breeze.

The sky is the limit, but why limit yourself to the skies when you can go underground? With a few clicks, you can create a tunnel for your rollercoaster to speed through. Not only will this look cool, but your guests will love it, and their satisfaction level will rise with every impressive construction you create. Whilst building impressive attractions is certainly enjoyable enough to do on its own, the real feedback you get from guests only further fuels the urge to build bigger and better rides. If you're particularly proud of a creation you can save it as a blueprint too, and that way you can copy it however many times you like, or share it online.

We know what you're thinking, and yes: you can indeed build death traps. We had a few carts crash and plummet to certain death - all in the name of research of course - and as satisfying as it is to build a thriving park, sometimes it's just fun to sit back and watch the world burn.

Whilst your avatar as well as your park visitors have a rather cartoonish appearance, the overall aesthetics of Planet Coaster are realistic. There are different settings available to build parks in, ranging from barren desert grounds to luscious forest greens. The camera has a 360 view and lets you zoom in for more detailed work or zoom out for a god-like view on your entire park. The realistic depiction of the environment and rollercoasters, as well as smooth camera views, opens up the game to both casual and more serious builders. Parks feel lively and vibrant, and they come to life as soon as you take a seat in one of your own creations and enjoy the ride from the first-person view.

Online mode quickly reveals why the game is called Planet Coaster: in the main menu, you see a planet riddled with cartoon-esque characters like the one you created when you first started the game. These characters represent other players, and when selecting one you can see their uploaded creations or even visit their parks. Frontier highlights top ranked parks and builds. You're welcomed to join in too, as every ride (or even a whole park) that's been made into a blueprint can be uploaded for the community to enjoy. If you find a ride or park you particularly like, you can download it to your own game too, and you can even tweak any and all user content you download, allowing you to perfect every ride for your own requirements. Another perk about online communities is that developers get feedback more quickly. Frontier promised to listen to players for potential updates and tweaks, and it's already done so by expanding park sizes right before release.

What we enjoy most about Planet Coaster is the absolute freedom you are given. If you solely want to create rollercoasters, you can sink many hours into sandbox mode. Both the management and creative aspects are very strong. With many pre-made rides available, it doesn't matter if the most creative you'll ever get is re-colouring an existing rollercoaster, as Challenge mode lets you enjoy managing a park without getting your virtual hands dirty. If you're looking for a more story-driven, achievement-based game, Career mode has you covered. Similarly, you're free to pick what to focus on in each mode, whether you want to improve guest happiness or merely increase you virtual bank balance; the choice is yours.

As far as amusement park simulators go, this is everything we would expect and more, and that isn't just the RollerCoaster Tycoon nostalgia talking. Equally strong in terms of both the management simulation and the park building, Planet Coaster caters to a wide audience. The various difficulty levels also make the game accessible to both casual and fervent players alike. The online option will only further enhance gameplay, especially with the ability to tweak any content that you download yourself. When it comes to making a spiritual successor to RollerCoaster Tycoon, Frontier has really hit the ball out of the (amusement) park.

Advertisements
Gamereactor UK
+
Great options to tweak your park just the way you want it, Game modes offer lots of ways to play, Everything is easy to build, Can share and download creations online.
-
More customisation when character building would have been nice, Menus can be a bit overwhelming to start with.
is our network score. What's yours? The network score is the average of every country's score

"As far as amusement park simulators go, this is everything we would expect and more."

Next year we'll get to build our ideal theme parks, as Frontier Developments revealed during X019 this evening.

Ghostbusters DLC is on its way to Planet Coaster

Day Aykroyd is back to reprise his role as Raymond Stantz, and we have new rides, characters, scenery, and more to see.

Planet Coaster gets free and premium rides this month

The Copperhead Strike from Carowinds Park is coming alongside the Classic Rides Collection so you can add more to your park.

Including a truckload of scenery items. 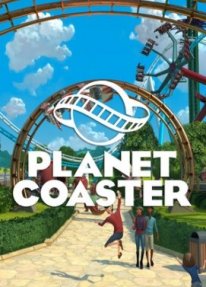