Kevin Bruner co-founded Telltale Games and was formerly CEO at the studio, leaving back in 2017, but he recently spoke with Game Informer about a number of topics, including the crunch culture within, and how that came about in the first place.

"Telltale was a really different studio because of its episodic nature. I always - it's like Saturday Night Live, right? If you're a writer or performer on a show like that, or any serialized show, you have to write a show a week. The show curtain goes up regardless of how ready you are. On other serialized shows, like if you were working on Mad Men or something like that, you have a fixed amount of time to deliver so much content. That's really hard to do," Bruner explained.

"For other studios, it happens all the time in games where, "Our release date is this fall" and then the studio will announce that fall, "Oh you know what, the game wasn't ready, we pushed it out until next spring." And that really wasn't something that Telltale could do. We didn't have the budgets to delay production that long; we didn't have the cushion. We were serialized - we sold season passes to people - so we needed to get them their content."

Bruner also talked about Tales from the Borderlands, which he said was "one of the worst release schedules" they've had, as the content didn't come out on time. The developers were trying to pack as much in with the time they had, and Bruner adds that members of the team always felt they could do better.

"But when you look at the game, and something is working well or isn't working well, and you think you have a path to fix it in that time, it's really hard to say no to that," he continued. "That was rampant across [the studio]. For me, at an executive level, all the way down to the animator - if you see an opportunity to make the game better, and you know it's going to ship in a week and you care about the content, it's really hard to walk away from the content and just say, "You know what? This is as good as it's gonna get. I'm going home."

"We tried to create an environment where you really had to do that to survive at Telltale, because we didn't have these three-year long production cycles. You would have to say, "You know, I need to go home and not work on the game that I care so deeply about and that I want to be the best game ever, because this is the chance I get to work on Batman or this is the chance I get to work on that or the other thing. I know they're going to record my script in two days and I want it to be as good as it can be"."

Bruner explains that managing these feeling was tough because of how much the developers cared about the product, and that "we didn't have the option of taking more time even though that would have been the perfect thing to give to everybody," citing the costs of keeping the studio alive.

He also added that there was a "ceaseless" flow of content with Telltale and that there were always things that needed doing. "We needed people to go home, and we encouraged people to go home, but it's hard when you care. And then you've swung halfway across the English channel, so you can't turn around and go home at that point. You've got to finish. It gets really, really hard when you're trying to do a little bit extra. It can spin out of control really quickly," he added.

The topic of crunch and crunch culture has been discussed a lot in recent years, and has come under close scrutiny with reports like those on Rockstar and Red Dead Redemption 2, among others, prompting discussions in the industry about how developers are treated and their workplace environments.

What do you make of Bruner's comments? 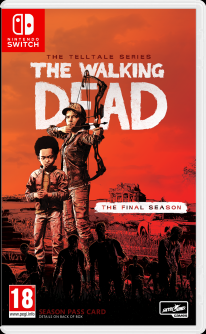