Far Cry Primal hit yesterday on PlayStation 4 and Xbox One, while on PC the game is launching next week. On the day of the console release Ubisoft was also kind enough to launch a "Day One patch" that adds an entirely new extra challenging difficulty level called Expert Mode.

According to the game's official blog the mode will offer more challenging enemies, reduce aim assist and give enemy AI a boost. The patch also fixes gameplay and performance in various ways, as seen below in the full patch notes.

Expert Mode Changes:
• Players' health has been halved compared to Hard difficulty.
• Reduced players aim assist.
• AI shoots faster by 1/3
• Enemies in combat are not shown on mini map by default (they appear only if they are tagged).
• It takes the AI a longer time to "forget" you when you hide
• The aim assist box is reduced for several weapon types (bow, club, spear)
• The player damage is reduced 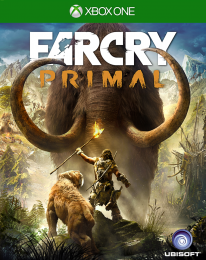