Ubisoft Forward is still in full swing right now, and we've already been able to get a good luck at a bunch of games and announcements coming to the publisher's line-up of titles. One of which was Assassin's Creed Valhalla, which finally has shown off a new look at its second expansion, Siege of Paris.

Still set to come this summer, we will finally be able to take our longship and crew south to face the wealthy French. The DLC will take us right to the gates of Paris, so that we can lead a siege against the iconic city nestled around the river Seine. We're expected to get new abilities, weapons, enemies, and gear to be able to experience this epic voyage further into Europe.

We were also re-informed that Ubisoft is planning to support Assassin's Creed Valhalla into its second year, and that more expansions are planned - one that was teased was about Muspelheim, a previously datamined location.

And it gave us a defined date for when The Siege of Paris would land.

Rumour: Assassin's Creed Valhalla's The Siege of Paris expansion to release this August

A leaked screen capture sets a release date for the awaited Parisian DLC.

The project quadrupled its required amount in hours, and hasn't stopped since.

Players can take advantage of features like adaptive triggers and haptic feedback. 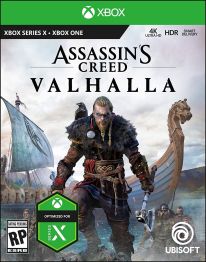