Icelandic developer CCP Games have announced Dust 514 a console hybrid MMO/FPS (with RTS elements) set in the Eve Online universe. The announcement was made by CEO Hilmar Vegari Petursson at a keynote speech at GDC Europe.

"We launched EVE Online in 2003 and have experienced steady annual growth- a fact we appreciate as a rarity in the world of MMOs, especially given the global economy of the past year," said Petursson. "Our success with EVE Online has afforded us the highest caliber global design and production talent in gaming. With a team of the best minds in the industry, we conceived an ambitious new take on virtual world development with DUST 514."

The game is entering its third year in development at CCP Games' Shanghai studios.

"Since opening our Shanghai studio, we have invested in building a team that wants to push the envelope in gaming and be pioneers in the industry," said Kjartan Pierre Emilsson, Managing Director of CCP Shanghai. "Having led the design and development efforts of the project from start to finish, our studio is honored to call DUST 514 our first title release."

A short description of the game from the press release:

While no formal mention of platforms was made in the press release we assume "consoles" refer to Playstation 3 and Xbox 360.

"It's not a write-off by any means. It's just not brilliant either, which is a shame, because this is evidently fertile ground, and it could have been a wonderful shooter."

Eve-linked sci-fi shooter to be replaced by CCP.

Free-to-play shooter to hit PS3 in May.

It won't be long until worlds collide. 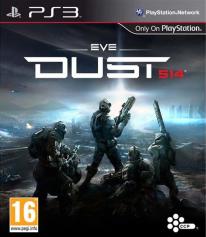