Do you remember Disaster: Day of Crisis? It was first shown at E3 2006, when Wii was premiered, and since then we have only heard sporadic life signs from the title that is in development at Monolith Soft in Japan (a studio Nintendo bought from Namco Bandai). It was meant to be released this summer in Japan, but the release was postponed and now all of a sudden we have a release date of October, 24 in PAL territories. No definitive word on the rest of the world.

Well, at least now that we know when disaster strikes we can come prepared! 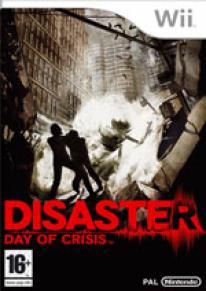